Using the ads manager on both platforms will greatly increase the awareness and success of your campaign. Every YMCA struggles to come up with the best way to reach as many people as possible to join their YMCA location. Some campaigns have higher goals than others, so the focus on success and sign ups is high.

Success on Twitter comes with several different steps and strategic planning. With Twitter ads, there is the option to promote your YMCA Twitter account or Tweets that have already been tweeted. If you choose to promote the Twitter account, the requirements will ask for location, interests and general demographics. When choosing tweets to promote, make sure that the tweet has the proper destination link to your campaign and is a short, sweet and to the point tweet that will encourage people to click.

You are able to set a daily budget and an overall campaign budget. Your max bid for CPF will never go above your max, and typically you spend less than your bid. The same goes for your CPC for promoted tweets.

You will see statistics such as these, once your campaign has been running for about 24 hours and throughout your campaign:

You will see all the interests broken down by impressions, engagements, follow rate, spend and CPF (cost per follow). The dashboard easily allows you to track your spend, the number of engagements that have come in during the campaign, the impressions and your start and end date.

Suggested starting budget for Twitter ads? The lowest daily budget could be around $10...but add your max bid carefully. See what the suggested bid would be for your estimated audience reach and adjust yours within those suggested numbers. Sometimes you can get away with bidding below...it depends on your targeted audience. 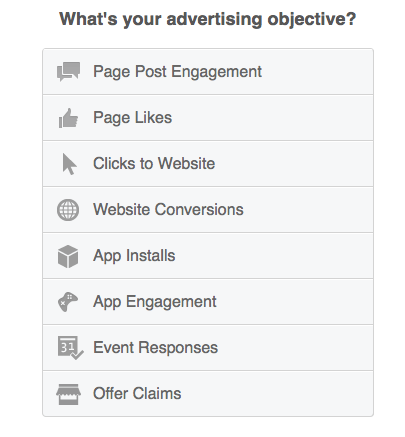 Again, the daily budget, overall campaign budget, demographics and location can be chosen after you select your objective for the campaign. The advertising dashboard will also show a graph with several lines showing you the website clicks, clicks on ads, page likes and so much more. Your ads will need to have precise writing and stay within the character limits allowed.

The exposure and impressions your campaign will receive on either one of these platforms is astounding. You can get thousands of impressions for pennies on the dollar. $10 a day on Facebook ads can go a long way...but don't restrict yourself to just $10 if you want to see great results. The benefits from advertising on Facebook and Twitter could be the best thing that happens to your campaign.

Contact Thrive today for a Social Media Campaign consultation at 419-776-7000 x201 or james@thriveim.com

Need advice on whether starting a Social Media Campaign is best for your upcoming promo? Email Brittany@thriveim.com and I will be happy to evaluate your projected campaign and how social media could help!