Growth of Mobile Traffic in 2013

People are constantly on the go - which is where mobile becomes a main focus. More and more searches are done on mobile devices because of the fact that people are constantly moving. Overall mobile traffic increased by 139% in 2012. The average mobile search grew from 11% in 2011 to 18% in 2012.

The top five industries that had increases in mobile traffic from 2011 to 2012: B2C Services, Web Publishing, Healthcare & Social Services, Arts & Entertainment, and Higher Education. The average percentage of increase in mobile search traffic, for all five industries, was around 143%. Each industry increased accordingly:

By the fourth quarter of 2013, mobile traffic will reach the 40% mark. That may seem a little far off but the amount of increase in total mobile traffic has grown exponentially and will continue to throughout 2013. (Stats via Smart Insights)

With the new Google App for the iPhone and Android that came out in 2012, the growth of mobile traffic will be tracked and surely increase. The app features turn-by-turn navigation, points of interest and live traffic information. With that kind of information provided and the ability to search via Google's app - who knows how fast mobile search traffic will grow.

Here at Thrive we have seen huge leaps in mobile traffic. Many of our clients have doubled their mobile traffic from 2011 to 2012.

The following graphs from 'Our Mobile Planet' via ThinkInsights with Google, showing the growth in mobile traffic from 2011 to 2012 and mobile behavior in 2012. After looking at these stats from 2012, we can only imagine how they will look at the end of 2013: 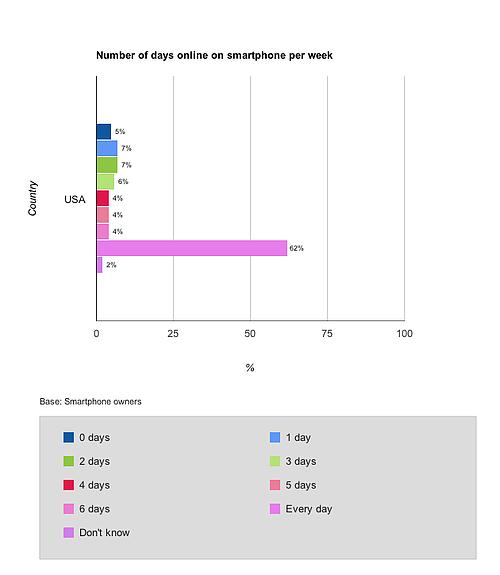 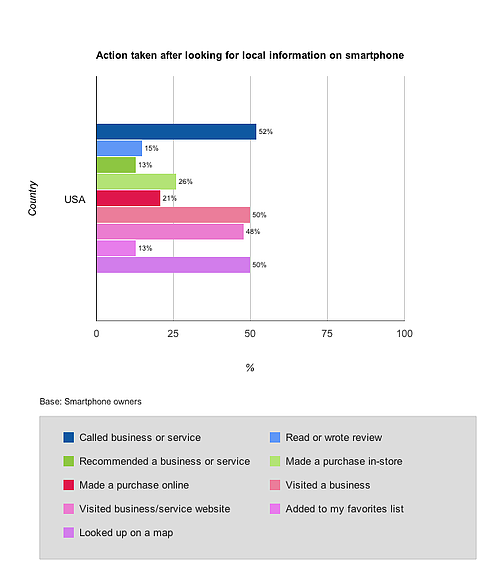 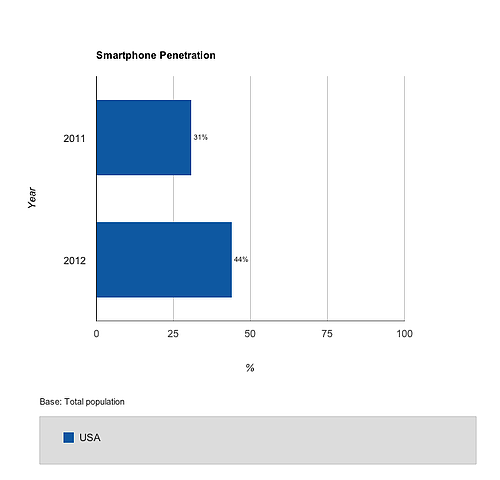 Many of these statistics prove the point that people are always on the go. 52% of the Smartphone users do several short searches online throughout the day - meaning they are always looking for information. If your site is not easy to access on a smartphone, chances are that people will not be able to access the information they need.