QR Codes: How effective are they? 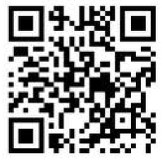 QR codes have grown in popularity since their major debut back in 2011. They are showing up at Starbucks, on popular magazines and department stores. In a Ragan.com article by Matt Wilson:

"A higher-speed mobile Internet will drastically affect the adoption and creativity in use of QR codes," he says. "Expect that in 2013, or maybe 2014 at the latest. The codes themselves can lead to a much richer experience at that point, because the pipe itself is wider for that experience to travel."  (QR code use rising in unexpected ways)

These QR codes are able to be scanned with smart phones (users need to have the app downloaded on their phones before they can scan the code) and the code will lead the user to a website. This website has all the information about the promotion on it and there are a variety of ways these promotions are used. Many of the QR codes are used to encourage people to enter contests, access freebies, stay tuned in for more information or even purchase items. Who knew that a bar code image could be so powerful with all the information it can link someone to?

The QR code is not going to be something older consumers will use or attempt. If they do not havea  smart phone or are not interested in using one, the QR code will be of no interest to them. The tech savvy consumer will be the target market for QR code use. So far the areas that QR codes have been used have seen great success. According to Wilson's article, a report from Scanlife said that in the second quarter of 2012, the company's QR code got 16 million scans, which is almost 10 million more scans that the second quarter of 2011 had.

If the numbers for scans stay as high as Scanlife has seen them, the use of codes will explode in the next year - especially for apps, contests, loyalty retention and the popular industries.